Swiss artist Felice Varini, who specializes in stunning anamorphic public art, has recently unveiled new works under his ‘Anamorphic Illusions’ series. His impressive large-scale street art only makes sense when viewed from a specific perspective—standing at the right spot, the viewer will be able to see colorful, geometric shapes that look like they have been super-imposed over the scene.

Traffic pollution is a known trigger of asthma symptoms, but a new study suggests a much more direct link: European researchers say that traffic pollution may cause 14 percent of childhood asthma, putting it on par with second-hand smoke.

Queen's version of Manhattan's High Line is known as the QueensWay, an abandoned LIRR branch that went from Rego Park to Rockaway. Two congressmen have now endorsed a plan to bring the train back - though planning for the new park has already begun. 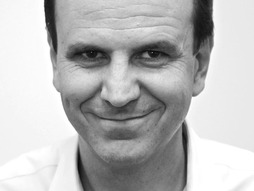 Eduardo Paes is the mayor of Rio de Janeiro, a sprawling, complicated, beautiful city of 6.5 million. He shares four big ideas about leading Rio -- and all cities -- into the future, including bold (and do-able) infrastructure upgrades and how to make a city "smarter." Toronto has one of the most ambitious urban forestry plans in North America. In addition to setting minimum soil volumes for street trees of 30 cubic meters (1,059 cubic feet) per tree, they have set a goal of increasing their overall tree canopy from 17 percent to 40 percent. 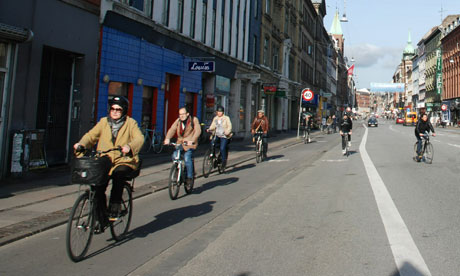 The Danish capital is moving rapidly toward a zero-carbon future, as it erects windfarms, transforms its citywide heating systems, promotes energy efficiency, and lures more people out of their cars and onto public transportation and bikes.

Showing an image of sprawled-out Mexico City, Ricky Burdett, Professor of Urban Studies, London School of Economics, told the crowd at the Innovative Metropolis conference hosted by the Brookings Institution and Washington University in St. Louis that we are now living in the era of the “endless city.” These cities are endless because they are humungous and also joining up together into megapolises, region-cities. But within the endless city, there are differences. As an example, Burdett said the average commute in Mexico City is 4 hours each way, while it’s just 11 minutes in Hong Kong. In other words, some are strained to the max and not very efficient while others work pretty well.